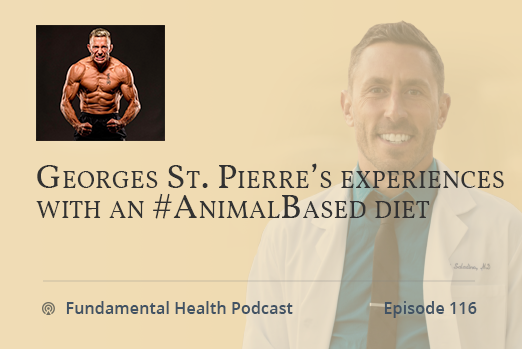 Georges St-Pierre is a Canadian former professional mixed martial artist. He is widely regarded as one of the greatest fighters in MMA history. GSP was a two-division champion in the UFC, having won titles in the welterweight and middleweight divisions. GSP is a three-time former UFC Welterweight Champion, having won the title twice and the interim title once between November 2006 and April 2008. Fight Matrix lists him as the top MMA welterweight of all time and most accomplished fighter in MMA history. GSP retired as the reigning Welterweight Champion in December 2013, having held the record for most wins in title bouts and the second longest combined title streak in UFC history (2,204 days) while defending his title nine consecutive times. He returned to the Octagon in November 2017 at UFC 217, when he defeated Michael Bisping by submission to win the Middleweight title, thus becoming the fourth fighter in the history of the UFC to be a multi-division champion.

0:13:28 How has the last month been for Georges St-Pierre following an #AnimalBased diet?

0:18:48 Inflammation and ulcerative colitis improvements while following an #AnimalBased diet

0:24:13 What were the types of meals GSP ate over the past month

0:28:28 Would following an #AnimalBased diet have helped GSP's fighting career?

0:40:58 How would GSP have solved the riddle of fighting Khabib?

0:47:48 Is there a bigger goal and bigger theme for GSP beyound fighting?

1:03:48 Does GSP think there are other life forms in our universe?

The Cold Plunge: TheColdPlunge.com, use code CarnivoreMD for $111 off your cold plunge

White Oak Pastures: www.Whiteoakpastures.com, use code: CarnivoreMD for 10% off your first order

Lets Get Checked: 20% off your order at www.TRYLGC.com/carnivoremd